“There are certainly worse ways to misspend a youth than living it in a vampire costume.” 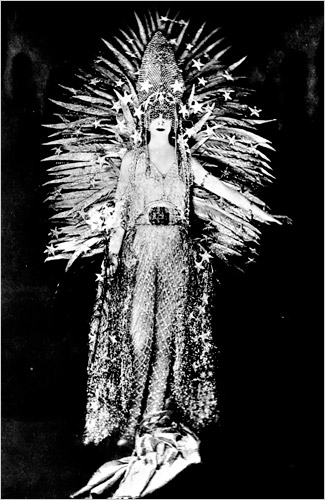 With just this little cookie of wisdom, you can begin to see why Cintra Wilson ranks supreme in my personal pantheon of lady arcana holders and extollers of San Francisco’s extreme glory. Commence Profile of Awesome:

A Tamalpais High dropout, schooled for real in the bosom of hot trannie SF in the 80’s mess to become an avant-garde playwright by the age of 19, the Cintra behind The Examiner‘s column, “Cintra Wilson Feels Your Pain,” and now a bona fide working journalist with a regular gig writing The Dregulator for Salon.com—she’s one of my heroes.

For example, I happen to believe her when she says she’s an unacknowledged partial author of the immortal film Gia, thereby I hold her tangentially responsible for Angelina Jolie’s fame, fortune, and marital bliss with the sort of perfect human being who just yesterday announced that he is giving $100,000 to the campaign to defeat Proposition 8, the California ballot initiative that aims to ban same-sex marriage in the state. Hurrah!

Which reminds me that Cintra is also the sort of ally who goes ahead and just puts it out there to an interviewer from Bookslut who asked if she might characterize her latest book as “a sort of ‘Fag Hag Manifesto'”:

You know, if you’re a creative, brassy, fun-loving chick, and you’ve lived all your life in either San Francisco, LA, or New York—unless you’re really hell-bent on NOT having a good time, you’re going to be heavily influenced by gay culture. Period. It’s a big part of who I am….I don’t think people in the rest of the country realize that when you’re a girl growing up in San Francisco, gay boys naturally comprise about 30 percent of your friend-base from the time you are in, like, 7th grade. It’s not even a thing. You don’t even think about it. These are just your people, your family, these are your closest intimates, the ones you have the most fun with and relate to on the most comfortable, silly level. There’s no sexual tension, so gay boys are the boys you can hug and get dressed with and dance crazy, stupid dances with and cry in front of, without fear of looking like an idiot. You forget that it seems unusual in other parts of the country. I feel sorry for girls who didn’t have that. It really enriched my life.

Totally. I’m actually from Virginia, which is not at all like that, but totally. Also, when it comes to Sarah Palin (and don’t most conversations these days?): “I am so mortally offended I feel like it is really time for women to be angry, hardcore and disgusted again.” That’s right, and we are, and here’s the Palin vs. Actual Feminist smack down that ought to be everywhere: “Pissed about Palin.”

I digress. But it was worth it, right? Back to the matter of Marchesa Luisa Casati, depicted above wearing a star spangled fancy dress costume symbolising light to a party in Paris, 1922. (The equally naughty Lady to my left is none other than Cintra herself.)

In addition to her good hellraising political work, Mistress Wilson currently holds a covetable seat as a New York Times Critical Shopper, where she elevates potentially banal, brain mush-inducing Style section tripe, such as reviewing the Christian Louboutin boutique, to glorious short stories all their own, full of references that you thought only your most wickedly fabulous best friend could invent, that revive your shameless love of high fashion, no matter how ridiculous, while at the same time excusing you from having to participate in it since you do know better and, you know, you can’t actually afford it. Also, for me, she consistently demonstrates how great writing can make just about any subject worthwhile.

Today, Cintra published a new article in the NYT, “You Just Can’t Kill It,” ostensibly about the myriad ways street Goth style has influenced high fashion, and the books and exhibits that serve it, but really just an awesome required read. And once you’ve had your fill of that, I highly encourage you all to invest the remaining portion of the afternoon before heading to the shop for tonight’s Swap! in reading through Cintra’s archive. You won’t regret it.