As an addendum to the post below, I further encourage all readers to take a listen and learn a little something from the Singing Science Records. Just when you thought the realm of song had already bestowed all the education it had to give with the Schoolhouse Rock! box set, here Song goes again, gifting you all the wonders of Space, Energy & Motion, Experimentation, Weather, Nature, and More Nature. 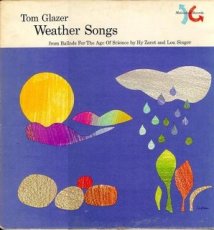 The Singing Science albums were produced in the late 50s and early 60s by Hy Zaret and Lou Singer, and a few were performed by Tom Glazer, a semi-famous 1940s folk musician of “On Top of Spaghetti” fame. I can particularly get behind the “Why Do Stars Twinkle” tune off the Space Songs LP. Also, I do get behind Tom Lehrer singing the “Elements” song while A Useless Bay Production provides a bit of animation:

Many thanks to the lovely Andrea Dunlap for turning me on to this trove of learning and for doing her part to spread the good Obama word.