Today I was thankful for the rain and fog because it meant I got to stay home reading and because the damp in general brings these really huge, evil looking mushrooms to the piny zone in my deep backyard. 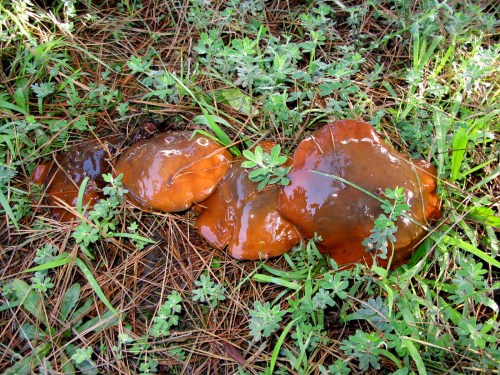 They’re actually not just evil to the eye, but also slimy sticky gross to the finger as well. 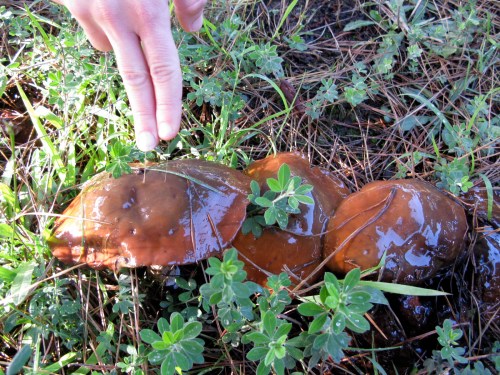 Generally up until today, I upheld my end of the bargain by maintaining a bit of honorific distance from the little low guys, and in return, very little evil has befallen my happy household. But today, our household officially took on a semi-detached new member, Ms. Meara O’Reilly, and with her came some encouraging words regarding Neal’s Grandper Morgan who was a mycologist. A mycologist, you say! And with that, they ventured out of doors to the damp piny zone where Neal thought he recognized a familiar fungus from days of yore…. 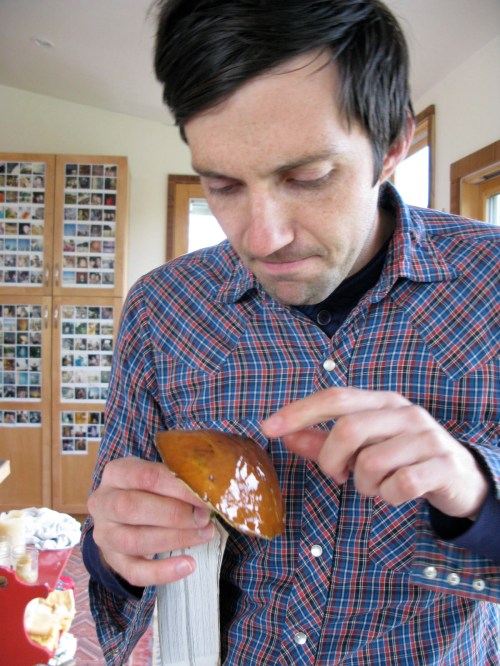 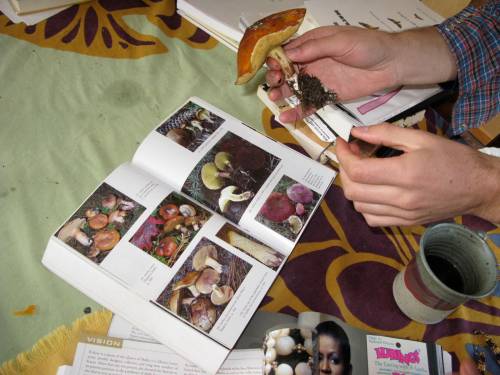 Hold on, let me grab my Mushrooms Demystified from the powder room floor and set it down amongst my Sharon Leton earrings, a cup of black tea, and a glossy portrait of Michelle Obama….let’s see here…. 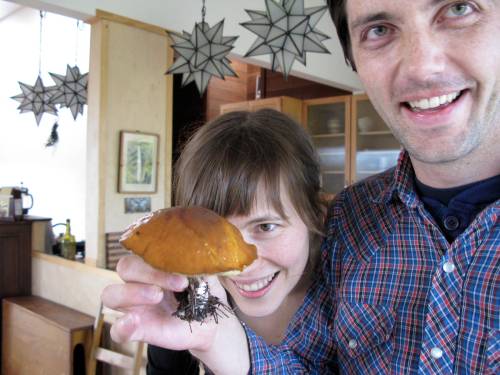 Suillus luteus, aka Slippery Jacks! Just as I suspected! And they’re edible too! 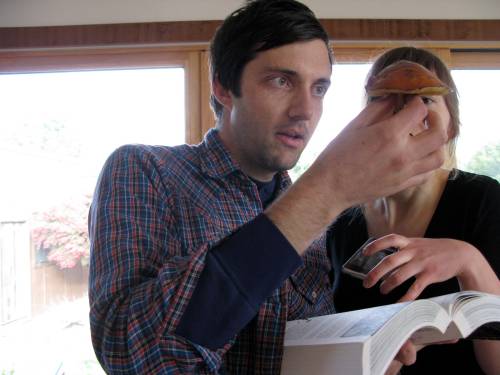 I know, let’s cut them up and make mustaches! 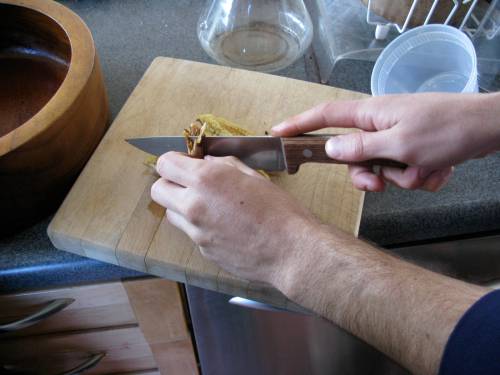 You heard it here—Delicious! And now, several hours later and still alive, I recommend that everyone goes out to their backyards to find what they can eat—even if at first it seems like the least possibly appetizing morsel on the premises. It’s the scavengers and the foragers who enjoy the major riches of the earth. And if I manage to post another entry in the next few days, you’ll know for sure that the suspected spell of evil was broken once and for all.

The post Our Way with the Slippery Jacks appeared first on Gravel & Gold.