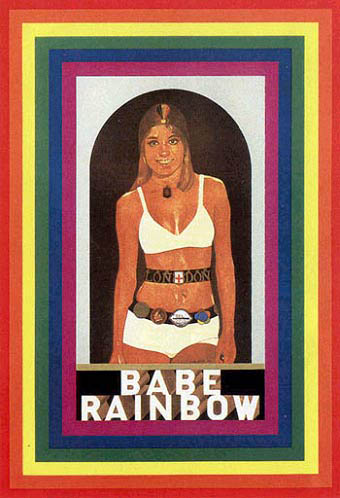 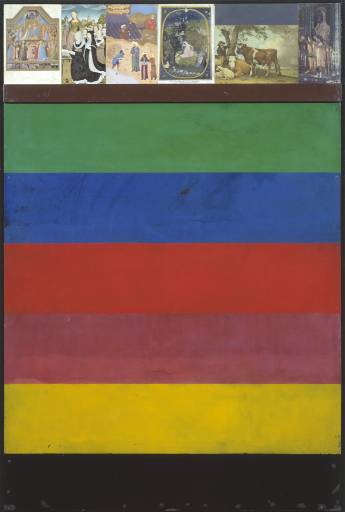 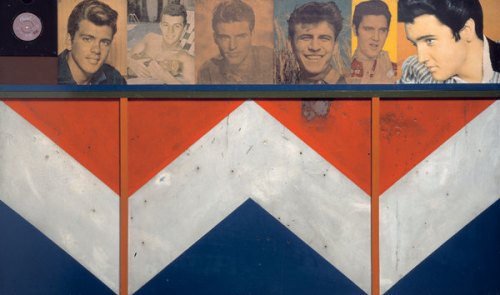 Oh, YES! Peter Blake was born in 1932 and he’s still working today in Chiswick, London. I keep a postcard of his Babe Rainbow on my fridge and it never fails to remind me of what’s what. That man really knows his plums from his purples. 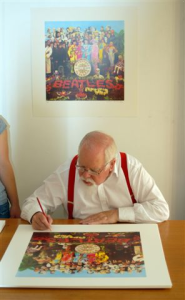 I think of Sir Blake’s work as a sort of exuberant pop retort to Rauschenberg‘s Combines. I’m so in to the place where painting meets carpentry, meets silkscreen and collage, meets rainbow stripes in general.

He is perhaps best known as the man who made the cover for Sgt. Pepper’s Lonely Hearts Club Band, though in fact the one we all love was not his first choice. Originally the cover featured an image of the famed Granny Takes a Trip shop on the King’s Road, which often plays a leading role in my fantasy life as an idle lady shopkeeper, so there’s a whole lot of confluence going on here. You know what I’m saying:

Now the question remains as to how to transform the abandoned warehouse district between The Mission and Potrero into just such a place. I think it’s wise to begin with more mini skirt action.

The post The Rainbow Trip appeared first on Gravel & Gold.