Three cheers for the latest hoodwinking of the tension-fraught art auction universe! The objects this time are a lovely pair of rat and rabbit bronzes dating from 1750 that were once part of a 12-animal water-clock fountain corresponding to the Chinese zodiac at the imperial Summer Palace. The bronzes were first stolen in the course of a routine sacking by the British during the Opium Wars. Eventually they went on to live with Yves Saint Laurent in Paris, where they mingled among all kinds of things at his place. And now, homeless again after the death of their master—just look at their forlorn faces, the sweet dears—they were available to call a new super extravagant private collector dad. 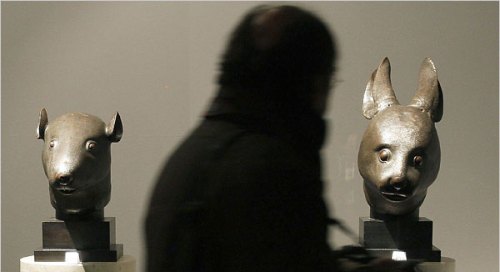 Despite objections from the Chinese government, Saint Laurent’s partner Mr. Bergラ put the pair up for auction at Christie’s along with the rest of the YSL horde so that he could rake in lots of money. And just when it seemed that all was well with the poor dears, that they were headed home with one Mr. Cai Mingchao following his relatively trifling winning bid of $36 million last week, chaos struck. 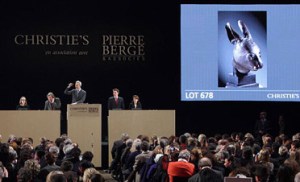 He is refusing to pay for the bronze pair “on moral and patriotic grounds. ‘I think any Chinese person would have stood up at that moment'” when another art object was about to be handed over to another private collector for a ridiculous sum of money instead of making its way back to a public museum in its country of origin, from which it had been taken during a war. “I want to emphasize that the money won’t be paid,” he said.

That’s right, brother! You stick it to Christie’s, to the French government that backs Christie’s, to cruel Uncle Bergラ, to art thieves in general, and to whomever tries to get you to pay that crazy amount of money for two bronze heads in the shape of one household pest and one scourge of the carrot field. Have you none of it, sir.

But hold up….A clock made with water, aka a clepsydra, literally “water thief”, made with all kinds of different animal heads, made to correspond to the zodiac, made for the Chinese emperor! Oh how I wish I could see it all together. Something like: 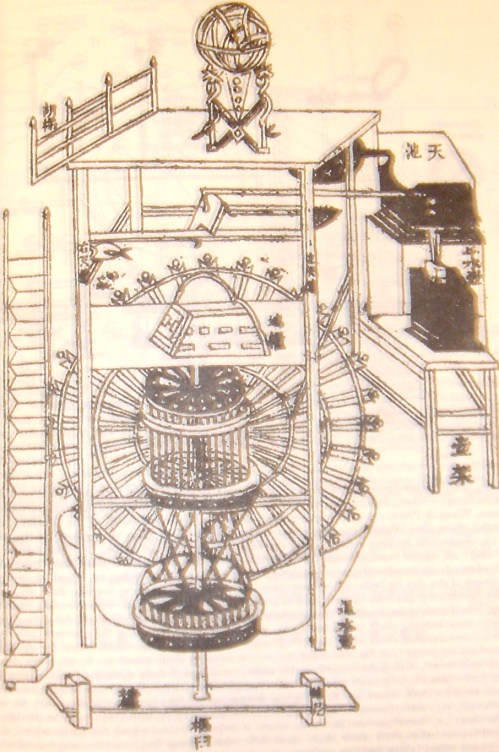 But way cuter because it involved sad-looking animals—that would be spectacular. I wonder who will come out on top of this case….