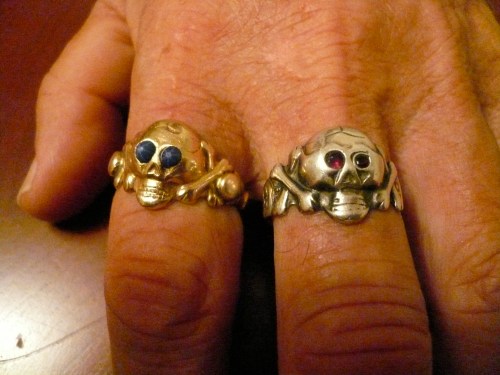 It takes a special someone to go for two of these puppies on the same hand and Jimmy Carton is that one. On his middle finger is the real deal—a silver pirate’s ring from the 1800’s. Ruby eyes, of course. On the pointer finger, a 24K gold cast of the same ring. The baby blues are star sapphires.

The original was procured by a Czech refugee by the name of Steve who brought it to his home in Negril, Jamaica. Steve had a gold cast made by Canadian jeweler friend, Yan, and gifted the genuine silver skull to his pal and mine, Jimmy. All this went down back in the late 1970’s in a castle on the cliffs of Negril that looks like this: 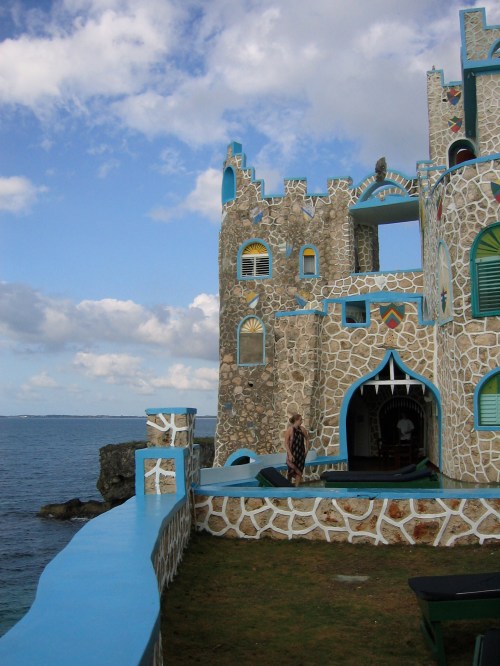 Years later the gold ring made its way back to the side of the silver original. Does Jimmy choose to wear just one at a time? NO. Does he rock them one to each hand? NO. A finger’s space apart? NOT EVEN. This was meant to be.

The post Two Skulls Are Better Than One appeared first on Gravel & Gold.