I’m starting to get nervous that I’m not going to be able to go camping this summer. Wondering about the sad state of affairs in which, as time goes on, I’m likely to be lured toward the camping way only when there’s a concert or a delightful piece of art I must camp to see. I attribute this condition to the most kind, most awfully talented David Wilson. 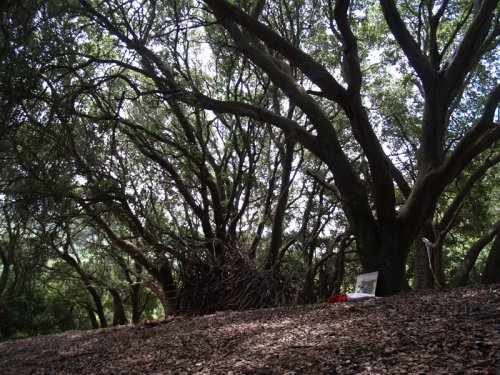 It’s just that these days, I’m feeling so rushy busy, that I think only a show of the grandest scale could lure a practical wooly sweater to my back and boots to by feet. Well, that or my similar slim white suit with a spread collar shirt. 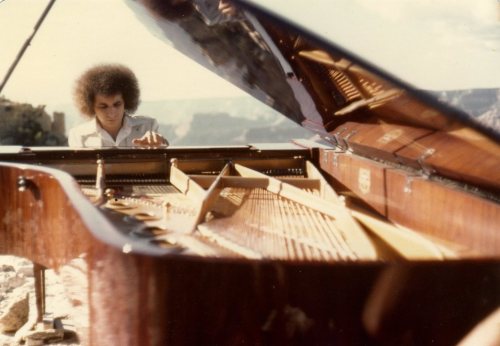 On September 18, 1979, after 20 years of imaging, Marden Abadi organized a team of forty people to help carry his one and a half ton rosewood grand piano to the rim of the Grand Canyon so that he could play selections from Debussy, Gershwin, Chopin, and of course Grofe’s “Grand Piano Suite” before several hundred people. And in that suit. 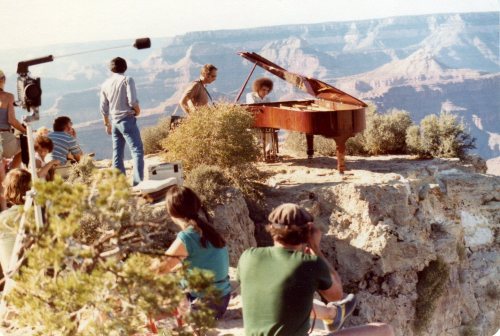 Marden now teaches piano lessons in La Jolla. Playing the Grand Canyon, for him, was like playing the greatest hall in the land. I know I would have lent a hand and camped out to see him. (Though I recognize why Cold Splinters doesn’t see it as I do.)

And I love the point that for proper Beethoven, a bathroom would do. But he would not abide playing Beethoven honky tonk (whatever that is, and which sounds kind of great to me) whatever the venue.